Oil is on track to resume its weekly uptrend, boosted by signs that the world’s biggest economy is recovering from coronavirus-related lockdowns, even as fears linger over a resurgence.

Futures in New York eased 0.8 per cent in early Asian trade, handing back some of Thursday’s 2.1-per-cent gain, but are still up almost five per cent over the week. Prices had strengthened after a Labor Department report showed that payrolls rose by 4.8 million in June and the previous month was revised higher. That built on gains on Wednesday from a bigger-than-expected drop in U.S. crude stockpiles as well as plunging output from OPEC producers.

Crude later retreated along with equity markets as fresh outbreaks of the virus continued to hurt sentiment. U.S. cases jumped the most in almost eight weeks and Florida’s new coronavirus infections rose by a record. Texas ordered residents to wear masks as the state reported its second-most daily infections of the outbreak. 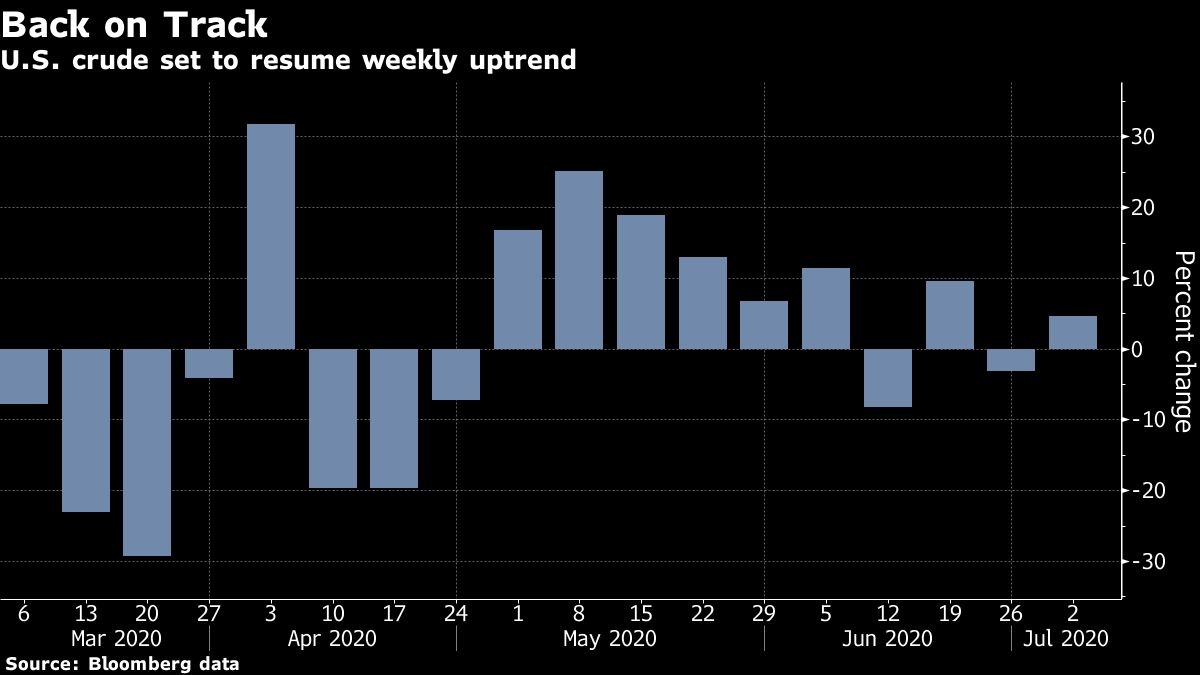 Oil has also been buoyed by evidence that efforts to scale back production are working. A survey on Wednesday showed OPEC output fell to the least since 1991 in June, while Russia reached near total compliance with its OPEC+ quota.

OPEC+ hasn’t made any decision yet on whether to extend its full production cutback — which stands at 9.6 million barrels a day — into August, or ease it as initially planned to 7.7 million at the end of this month, Russian Energy Minister Alexander Novak said. The coalition will meet on July 15 to decide.

Explorers extended the slump in U.S. oil rigs for a 16th straight week as the industry looks to lower costs by completing wells that have already been drilled. The number of active rigs fell by three to 185, the least since 2009, according to Baker Hughes Co. data released on Thursday. Meanwhile, Exxon Mobil Corp. reported an unprecedented second straight quarterly loss as almost every facet of the oil giant’s business slumped.