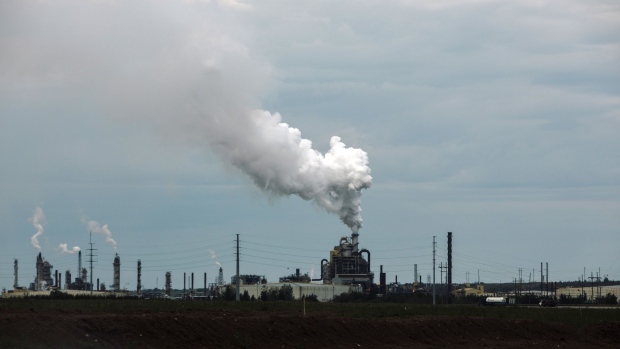 Western Canadian producers are moving to restore some oil production as crude prices rise with demand thanks to the gradual opening of the world economy and OPEC and Russian output cuts.

But analysts say companies hit hard by low crude prices so far this year are being cautious and will choke back oil output again if recent higher prices prove unstable.

“Everything is moving in the right direction to continue to see oil prices recover,” said analyst Phil Skolnick of Eight Capital on Tuesday.

“As long as nobody cheats on their (production) cuts and we continue to see states opening up, provinces in Canada opening up, other jurisdictions around the world opening up, it’s more tailwind to the price.”

Oil’s recent rebound is being linked to signs that demand for fuel is growing in China and North America as lockdowns imposed to deal with the COVID-19 pandemic are gradually lifted.

Meanwhile, the world supply of oil is falling thanks to production cuts agreed upon by OPEC and Russia as well as voluntary cuts by producers in Canada and the United States.

Benchmark U.S. oil prices have settled above US$33 per barrel in the past week, up from less than US$13 a month ago. At one point in April, the price fell to a negative level for the first time.

Prices remain about 45 per cent lower than they were at the start of the year, however, which means individual operators are making project-by-project production decisions as the profitability of their particular operations remain razor thin, said Skolnick.

Oil producers are indicating that they are bringing back online some of the 875,000 barrels a day of announced volume curtailments in Canada, he said.

“If prices stay where they are, I wouldn’t be surprised to see that number start to come down,” said Skolnick.

About 300,000 bpd of oil production cuts can’t be immediately brought back, though, he said.

That’s because they are due to project maintenance shutdowns, some of which were scheduled sooner because of low oil prices and some that are expected to take longer than usual because of physical distancing measures to avoid spreading the coronavirus.

Refinery utilization rates in Canada are beating expectations this month as fuel demand grows with the number of drivers taking to the roads, pointed out analyst Matt Murphy of Tudor Pickering Holt & Co.

“There’s a rise off the bottom of incremental demand for gasoline, for example, so it incentivizes these refiners to run a little bit harder,” he said.

“Western Canada and Ontario have both seen pretty healthy bounces off the bottom.”

Refineries in Western Canada are running at about 73 per cent of capacity, down from earlier in May but well ahead of expectations, he said, while the Ontario market has dropped back to about 70 per cent, equal to last year’s levels, after posting higher output earlier in the month.

The price of June contract Western Canadian Select bitumen blend oil is averaging about US$29.35 per barrel, up from the 2020 low of US$11.25 per barrel for May’s contract, according to NE2, a physical oil brokerage and derivatives exchange with operations in Calgary and Houston.

Last year’s June contracts averaged about US$28.75 per barrel.